Born in South Africa, and having lived in Germany for ten years, I found myself living in the United Arab Emirates in 2010. This period also ushered in the arrival of my first iPhone and on 11/11/2011 I made my first post on Instagram. Photographing the skyscrapers of Dubai at the time, I soon found myself drawn to creating abstract pieces from some of these photos to depict the experience of traveling through the corridors of cyberspace. The world of apps had opened up to me.

Discovering the app Slow Shutter Cam, I began to photograph the people I encountered on my daily outings. A visit to Istanbul in Turkey marked a turning point in my iPhoneart. Attending a whirling dervish ceremony, I was deeply moved by the incredible movements being made with a sense of groundedness. I decided that using my slow shutter technique I would explore the concept of rootedness and movement occurring simultaneously. This theme of rootedness and movement fitted in very well with the theme of my website “here2here”, which explores the mindful use of technology and also explores the space we find ourselves in when we meet online. Photographed mostly from behind, the people in my artworks appear to be both rooted in a moment and moving in a space beyond normal space and time. They invite the viewer to follow in order to discover the journey that is waiting to unfold for them.

In Dubai I captured traditional Emirati dress – women in beautiful abayas and men in their long single robes called dishdashas or kanduras.

Wherever we travelled I used my slow shutter technique. Using many other apps, I created my own textures and blends, painting away on my iPhone screen with my finger. In Langkawi in Malaysia I was drawn to women walking on a beach. In Doha in Qatar I photographed visitors in museums. In Germany I photographed people in traditional dress on the streets of Munich. It was in Germany that I discovered the possibility of having my works printed onto recycled wood. What is more rooted than a tree! The use of modern technology and the world of apps on my iPhone, combined with the wood, further cemented the idea of movement and rootedness. When six of these works on wood were exhibited in Rome in 2015, I continued expanding on my #colorsofrome series which I had started on an earlier visit. When I capture my initial images, I focus on the energy that accompanies the person I am photographing. This is what I am drawn to and it is this focus that requires me to be very much in the moment. There is only that split second before a person may turn a corner or enter a store or be blocked from sight. So whereas my technique flows out of my mindfulness practice, I find that it has very much become a practice itself.

When visiting Dublin in Ireland my resulting images seemed to be much darker. Was I somehow capturing the energy of Ireland’s past which was still there even if not visible to the naked eye? Surveying my works I realized that my love of different cultures was being made visible as I created works from the slow shutter images I used. These were capturing energies not only of people but of different spaces. The works thus also contained my experience of place and time in various cultures.

This was confirmed by the works I created after a visit to Seoul in South Korea. A visit to Oman enabled me to build on my “Arriving” series. The work I created on Koh Samui in Thailand appears to be very sparse, perhaps reflecting the fact that I was on a fasting retreat at the time.

On another visit to Rome, I encountered an Ethiopian festival. Drawn to the beautiful garments (as I often am) of those attending the festival I found myself walking for ages clicking away and lost in the moment. I knew somehow that this chance encounter was special, and upon returning to the UAE I hunted all over until I found a little store that sold Ethiopian prayer shawls. I had six of my works printed onto them. TItled my #interact2connect series, the gauze like quality of the cloth makes them veil like. Wherever I travel I go up to strangers and invite them to be photographed holding a veil.

Whilst visiting Amman in Jordan, I got to hold one of my veils with children of the Zaatari refugee camp, the world’s largest camp for Syrian refugees. Personally, this was a very special moment. Holding one of my veils with children of the Zaatari refugee camp.

Once in 2016 when visiting the deserted village of Al Jazira Al Hamra in Ras Al Khaimah, one of the emirates in the UAE, I encountered two women in traditional dress. Alone in this vast space I approached them and greeted them in Arabic. Despite our limited means of communication and the fact that I could only see their eyes, I was struck by the openness and kindness shining from them.

Little did I know at the time that I was to return to this very village in 2022 to exhibit two of my works, “Change” and “Dissolving”, in the 10th edition of the Ras Al Khaimah Fine Arts Festival.

Dissolving had previously been part of the Equinox Experience in Florence, Italy. To see my woman in an abaya moving across 13 metre screens and across the floor and walls of a deconsecrated church in Florence was amazing. My work also flows into an online community, and the connections and friendships I have made in cyberspace I value greatly and cherish deeply. As I travel through cyberspace, many of these connections have led to exciting collaborations and opportunities. Currently I live in Canada. During the pandemic, unable to be out and about, I mostly worked on images already on my camera roll. I felt like a chef who was unable to go to the market but had to use what was in the pantry.

Now that I have started moving about again I have begun to focus on the history of the indigenous peoples of Canada and new avenues are being explored in my process. I am very grateful to Nicki for inviting me to write about my travels and my slow shutter journey.

More of what I have shared can be found on my websites lindahollier.com and lightingourway.com linktr.ee/lindahollier

“Thank you Linda. We wish you well on your next adventure and look forward to reading more about your travels. Thank you for sharing your exciting Slow Shutter journeys with us!”

CREATIVE SLOW SHUTTER COURSE OFFER: Want to learn more about how to create and edit slow shutter images on your phone? My 2 Slow Shutter courses are on a SPECIAL OFFER HERE.

“Want to take creatively artistic shots with your phone? Nicki is the leader in this field!”

Peter StewartBBC, Author
“I am so loving the Creative Slow Shutter class, Nicki. Just what the doctor ordered for me with time on my hands like I’ve never had before. Really enjoying experimenting with the various slow shutter cameras here indoors at the hospital and then watching your editing videos…. I am so stimulated by your thinking. It’s making me try out some different strategies and that’s great fun. Many thanks for all the hard work you put in to create the course.”

Meri WalkerArtist, Teacher
“Thank you, Nicki, for leading the way and offering up all your creative insights, instruction and feedback. I absolutely love this course… You have opened the door to a creative adventure I’ve wanted to go on for a long time. This new course is unleashing my creativity and I couldn't be more grateful. Thank you for sharing your skills and imagination with us, Nicki.”

Sara Wade GrayArtist
“Nick you are in the big league! So thrilled with your contribution to mobile art! It takes a village and folks like you are blazing a path for new creative digital artists!”

Mitchell BellArtist
“Nicki is an incredible teacher who goes above and beyond when she shares her expertise in her workshops - this course is no different. I’m loving the creative avenues your long exposure course has opened for me. 😀” 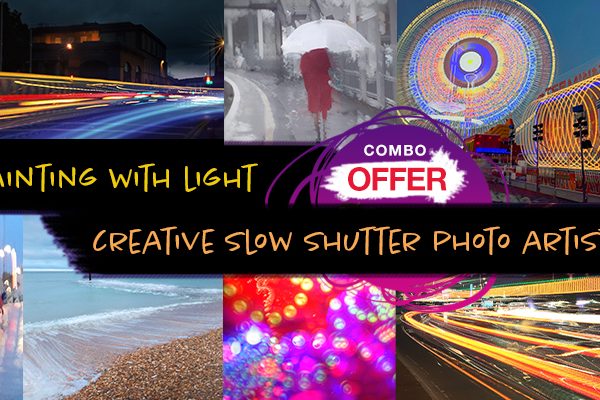 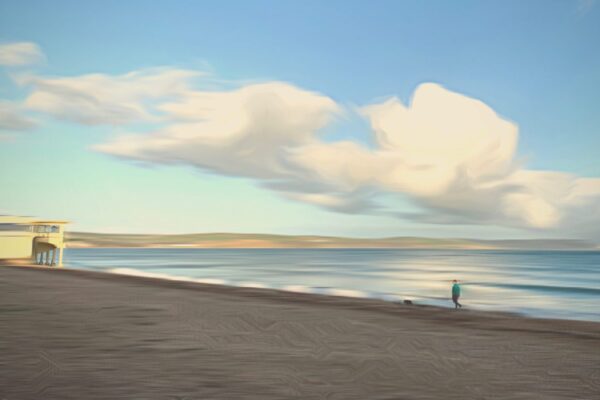 How to create a smooth illustration style with iColorama